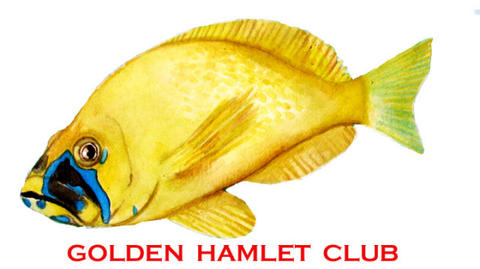 How long have you been doing surveys?

I started doing surveys for REEF in 2001.

I joined the Golden Hamlet Club sometime in early 2015.

The majority of my surveys have been done with mask, snorkel and fins at Richardson Ocean Park.  This is a beautiful, species-rich, life-guarded beach about eight miles from my house in Hilo. It is only a coincidence that I share my name with my favorite ocean area, but I definitely feel at home there!

I have lots of favorite fish and invertebrates, including eels, Eagle rays, octopodes, and the Blacktail Wrasse (Thalassoma ballieui).  I have chosen her as my mascot because of her Hawaiian name, Hinalea luahine, which means old woman!  I also have an individual Orangespine unicornfish (Naso lituratus) that I discovered in October of 2008, who has an extra set of scalpels.  With three scalpels on each side of her caudal fin, she looks very elegant and I have named her Dorabella.  As of January 2016, she is still cruising in the same small area.

I have joined four Reef Field Survey trips, all in Hawaii, all led by Brice and Christy Semmens.  My favorite REEF memory is the field survey trip to Kauai in August of 2006.  This was my first trip as a certified diver.  The best day on that trip was a glorious three-dive excursion to a site off Ni’ihau where we saw several fish species new to me, including a pair of Tinker’s Butterflyfish, and, as a bonus, a Hawaiian monk seal on each dive!

I wasn’t counting surveys, so I don’t know which one was my 1000th.   I wish I had known: I would have paid special attention!  But every single time I go “through the looking glass” into the underwater world, I am enchanted, so I can guarantee that my 1000th survey was special in some way.

I have done many surveys as a diver, but would like to describe my more typical survey done with a snorkel.  I spend an average of 3 hours in the water for each survey, and cover an area the size of about 2 or 3 football fields.  If I see something interesting there is no time limit to bring me out of the water.  Recently I was able to follow a Spotted Eagle Ray for about 20 minutes, as it circled repeatedly in a sandy area, digging up the bottom hunting for food.  It was a magical encounter.  There is a lot to be said about the simplicity and freedom of fish-watching with just a mask and snorkel.

I am very grateful to REEF, which is definitely a cornerstone of my life.  If there were no REEF, I’m sure I would still be out there watching, learning and appreciating all the life on the reef, but I wouldn’t have the wonderful added pleasure of being a “citizen scientist”, adding my input to the huge REEF database. MAHALO, REEF! 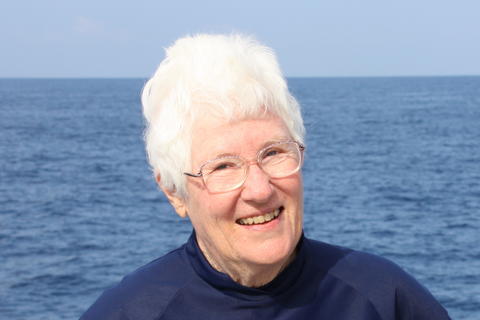