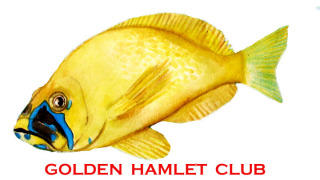 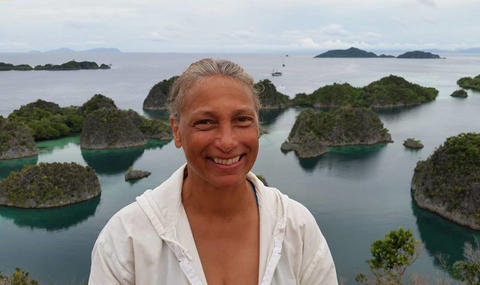 1) Where and when did you do your first REEF Survey?

My first REEF surveys were on a weekend camping trip on Orcas Island, sponsored by SeaDoc Society. There were several classes earlier but I wanted to dive too, and what better place than the San Juans! The legendary Janna Nichols provided classes in the morning and there were boat dives in the afternoon. According to my REEF log, Bell Island West was my first survey. My dive buddy was Phil Green with whom I have enjoyed many dives with since. We saw lots of fish. The craziest thing I saw was a medium size Cabezon with a young dogfish shark in its mouth. 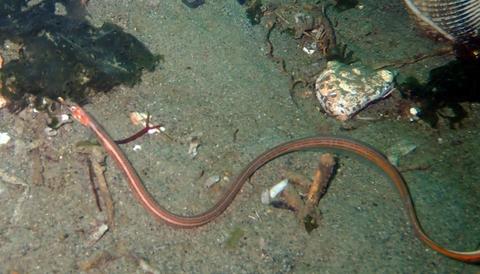 A thousand REEF dives later, Joshua Sera and I were exploring the Old Tire Reef in the northern part of Saltwater State Park. These tires pose a health hazard to many marine creatures and it is not a good idea to use them for artificial reef material. As part of new state requirements, the tires are slated to be removed. As part of a long term project sponsored by the Friends of Saltwater State Park, volunteers with be conducting REEF surveys in this area. Thanks to REEF, the state has designated 3 distinct marine protected areas in Saltwater Marine Park. The North Tire Reef is one of those sites.

When we were about 50 feet deep I notice something move among the worm houses sprawling over sandy seafloor. It was long like a pipe fish which we don't see often. But it moved more like a snake as gunnels do. However, it was far too skinny for even an anorexic gunnel; besides it had a funny head and tail. Oh, that really intrigued me as I have never seen such a fish like this before. The Rolodex of pictures I remember seeing in books was spinning in my head. It has to be Quillfish! [Quillfish photo by Rhoda Green]

3) In which regions have you done surveys? What experience levels are you in those other regions?
I have Experience Level 5 in the Pacific Northwest (PNW) survey region, Level 3 in California (CAL), and Level 2 in Hawaii (HAW). 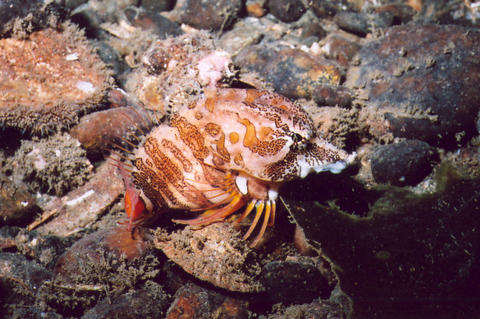 4) What are some of your favorite fishes or invertebrates? What makes them your favorite?
The first time seeing and mastering the identification of a new fish like a Roughback Sculpin is always exciting. Finding a seldom-seen fish like a Bluntnose Six Gill Shark, or a Bluebar Prickleback are a bonus. It's rewarding getting to add more fish to my species list. Life would be boring if we didn't have those oddball fish that make us laugh, like Pacific Spiny Lumpsuckers or miniature fairy pigs aka Grunt Sculpins. The awe of diversity is my favorite spice. Then there are the real fish-looking fish like Perch and Rockfish that give me the sense of a normal in the marine world. My favorites are Rockfish, they are a nice dinner-plate sized fish and they sometimes get bigger. In a few areas, they have gotten to know me and we hang out together. As a diver, being neutrally buoyant and hanging out in the water column like a Rockfish is cool. Swimming in a school of Rockfish is mesmerizing and very fishy. For invertebrates, with all due respect, it has to be the Giant Pacific Octopus because they are huge! Besides, it looked me in the eye and gave me the secret hand shake - I mean arm shake! Aliens, oh yeah! [Grunt Sculpin photo by Janna Nichols]

6) What are your goals with REEF for the future?
I am glad REEF has expanded to other regions around the world to further enrich my travel experiences. Once a year, I try to teach a class to the public to provide the opportunity for marine enthusiasts to expand their marine experience and participate in citizen science.