Dive News Network awards the 2013 Diver of the Year award to Janna Nichols. The Diver of the Year award, created in 2005 by the Dive News Network is to recognize the contributions of a local scuba diver who has made a significant contributions to the Pacific Northwest dive community.  These contributions can be made over time or sustained over many years.  This year, DNN awards Nichols the award because of her work as a volunteer, environmental advocate and work as REEF Outreach Coordinator including their online Fish ID webinar series. 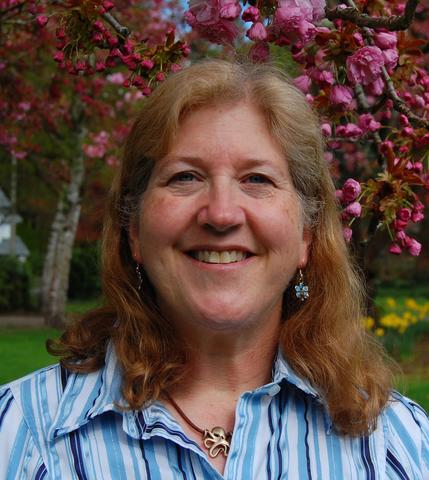 Janna has been involved in the diving industry for more than 10 years. She has been a scuba instructor and an AAUS scientific diver, as well as Diving Safety Officer for Washington State University - Vancouver. She served on the board of the Washington Scuba Alliance for several years.

Always interested in marine life identification, underwater photography and teaching, many of her photos appear in fish ID books by well-known authors such as Andy Lamb, Milton Love and Paul Humann, as well as many newspapers and websites.  As a volunteer, she has conducted over 700 REEF surveys, been in the Top Ten of REEF's most active surveyors in the Pacific region since 2002, and has completed many projects as a member of REEF's Advanced Assessment Team. She was REEF's Volunteer of the Year in 2003.

Involved with local marine conservation issues, Janna was selected to serve on both the Rockfish and Giant Pacific Octopus Washington Department of Fish and Wildlife (WDFW) Advisory Groups, and was part of the WDFW "Tunicate Response Action Committee" dealing with invasive tunicates.

She has taught numerous fish ID classes, been a speaker at many dive clubs throughout the Pacific NW, and has a website, pnwscuba.com of interest to local divers and marine enthusiasts. Hired as REEF's Outreach Coordinator in 2010, one of her favorite achievements has been to implement their "Fishinar" program: online webinars that teach Fish ID.