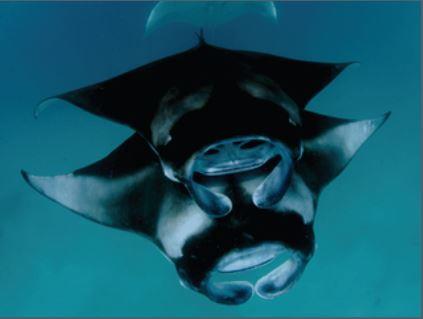 Manta and devil rays are whale--‐like filter--‐feeding giants that predictably aggregate in a few areas of the world’s tropical oceans, creating a large tourist draw for scuba divers and an easy target for fisheries.

In this new study, researchers from Dalhousie University and eShark.org used expert divers’ observations to describe global manta and devil ray abundance trends and human use patterns. The study, published today in the peer‐reviewed journal PLOS ONE, highlights the relative rarity of aggregation sites on a global scale and reveals that many populations appear to be declining. The authors warn that newly emerging fisheries for the rays gill‐rakers likely exceed their ability to recover.

The study also demonstrates the deficiency of official catch reports, as only four countries have ever reported landing manta or devil rays – Indonesia, Liberia, Spain and Ecuador. However, numerous diver reports compiled here, illustrate that many other countries are regularly landing and selling these rays without reporting.

“Biologically, mantas and devil rays can only tolerate very low levels of mortality and likely cannot keep up with the current rate of exploitation and demand,” said co-author Boris Worm, a marine biologist at Dalhousie University in Halifax, Nova Scotia.

Just this spring, Mantas were listed under CITES, the Convention on International Trade in Endangered Species of Wild Fauna and Flora, which means that they can no longer be traded internationally. Yet, the new results show that trade in these species may be more widespread than previously thought. “We are deeply concerned that massive underreporting can result in serious mismanagement of species, and rapid population declines,” says Worm.

The study is innovative in creating an online ‘citizen science’ community that can rapidly track the status of endangered wildlife in the oceans. “In addition to describing important information on manta and devil ray populations, this study also highlights the value of the diving industry for providing essential biological data,” says Christine Ward‐Paige, lead author and director of eShark.org. “I am interested in combining the observations of divers, snorkelers, fishers, and other ‘eyes on the water’, to assess changes in vulnerable species and habitats. This is the first time such a global census has been conducted. This work could not be done without the countless divers that took the time to submit their observations.”