As part of the cooperative project, 27 members of the local dive community as well as visiting park staff, enforcement officers, aquarium staff, volunteer coordinators and staff from Cozumel's Marine Park and environmental officials from Mexico City took part in daily programs focusing on fish identification and monitoring within the Veracruz Marine Park.

During the project, over 95 fish surveys were conducted representing the first REEF surveys ever compiled for the western Gulf of Mexico.  The effort was a continuation of the successful partnership between REEF and the Cozumel Marine Park, which has generated over 2,000 volunteer surveys over the last four years.  Of particular note during the project was the discovery of two new species of gobies and a significant range extension for another newly described wrasse.  The documentation of these and other new species continues to highlight the value of REEF's educated volunteer fish surveyors.

Following the initial success in Veracruz, advanced programs for the volunteers have already been planned for this spring and will incorporate an expanded range of dive sites and training. 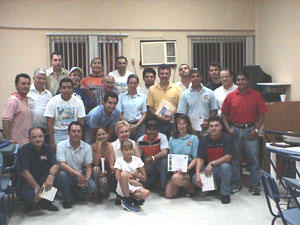 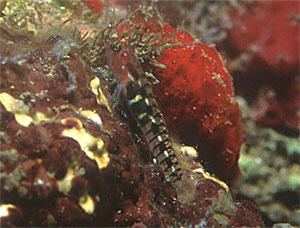